Along with such destinations as the Pantanal and the Okavango Delta, this is a Mecca for wildlife fans 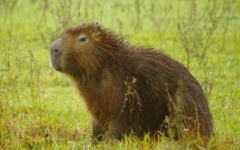 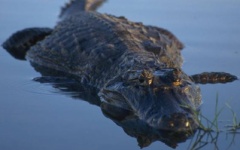 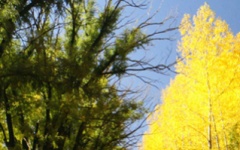 Certainly one of the best locations in Argentina for general wildlife and one of the best locations in the world for bird species, this isolated region is a real treat to visit. As keen wildlife enthusiasts (we also send people to Africa!) we can't talk more highly of the Esteros del Ibera. As one of the largest bodies of water left on the planet, this region has supported all forms of life for thousands of years and, with only a handful of properties to pick from, it is also one of the world's least known about locations. Below we have given a brief run through for the main animals you will see:

The capybara is the world’s largest rodent! They are predominantly water dwellers and so are very suited to the life of the wetlands. At around 2 feet high and without a tail, they are a friendly and curious animal….very unlike any normal rodent you may think of. They are very much emblematic of the area and you will certainly come a cross a few of them on your stay.

The pampas deer is a very important resident of the wetlands as they are very near extinction. Designated a natural monument in the Corrientes Province in 1992, they have slowly been shot out through encroachment on their natural habitat and can now only be found in the marginal areas of Argentina that cannot be grazed by cattle.

This magnificent animal once roamed all over Argentina and the wetlands, but, today, sadly, it seen no more. There is, however a project to re-introduce them again and so it is possible to go and visit and talk with the researchers and also to see a few of them in their enclosure. While they are not there yet, they will be!

Arguably South America’s most famous inhabitant, the anaconda is a type of boa and so is non venomous, but uses its awesome muscle power to squeeze the life from its prey. The yellow anaconda is found all over the wetlands and can get as large as 3 and a half meters in length.

The caiman is the South American version of the alligator…only much smaller. These reptiles can be found across the whole of Latin America and spend most of the daylight hours either lying in the sun or floating on the top of the water.

As with the giant anteater, the jaguar (South America’s version of a leopard) has long since disappeared from the wetlands due to encroachment and hunting. There are, however, plans to try and reintroduce what was once an indigenous species. As can be seen in the Pantanal, Jaguars are very suited to this type of terrain and so we very much hope the plans are successful.

When to go to the Esteros del Ibera:

At a glance…The Esteros del Ibera

At just an hour’s drive from Posadas airport, Puerto Valle is a 13 room hotel at the northern edge of the Iberá Wetlands. For those wanting to enjoy a higher-level of comfort and to avoid a lengthy long road transfer into the Esteros, Puerto Valle is a superb choice and promises excellent wildlife...

Certainly the best of the properties around the Esteros, the Rincon del Socorro is loosely based around the concept of an estancia, with a series of buildings dispersed around the main building which has the dining area and relaxing areas. The buildings themselves have a veranda area that runs...