Choosing the best times to travel in Argentina... 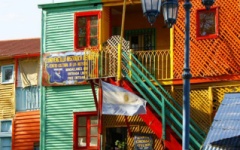 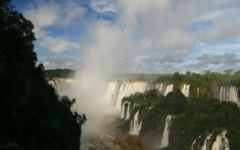 Deciding when to go on your trip can be the decision that makes or breaks the entire itinerary and, quite often, if you can flexible with your dates by a week or two, then you may just miss the first rains falls, or catch the start of the whale migration…that sort of thing.

Below we have endeavoured to run through some of the main destinations in the country with a more in depth view of each so you can really get a feel for what it will be like when you are there. This being said, as a general overview of the country, being located in the southern hemisphere means that travelling down here between September and April will afford you the southern hemisphere spring, summer and autumn periods and so the most reliable weather. Please read on to see about each of the main areas:

The great capital of Buenos Aires is, arguably, one of the best cities in the world, both to live in and to visit. With plenty of parks, and the Rio Plata running past, it has a fresh feel to it and so is inviting as a destination both in the cooler months as well as the heat of the summer. As with many of the destinations in Argentina, most will visit Buenos Aires in accordance to the best times to visit elsewhere for other things....

There are, however, a few months that we would recommend either avoiding or shortening a stay here. These would be in the height of the summer, between December and February, when the Atlantic winds are weaker and the city stagnates in the heat. At this time of year it is traditional for many of the Portenos (Argentines) to leave the city for places like Tigre or Punta del Este in Uruguay. Our preferred time to travel here and walk around is in either the spring or the autumn months of September to November or between February and April.

The region around the Spanish styled city of Mendoza is one of the most stunning in Argentina, featuring the ordered lines of vines with the Andes as their backdrop. A visit to this area is predominantly focused on the exemplary food and wine of the region but, with activities such as mountain biking, rafting and hiking also on offer, knowing the best time to visit can be important.

One of the reasons that this region has become so good for wine production is in large part due to it lying in the leeward region of the Andes range. What this translates to meaning is that most of the Pacific rainfall will land on the Chilean slopes of the mountain range and thus leaves the region around Mendoza very dry indeed throughout the year. This accounts for there not being a bad time to visit the area from a rainfall perspective. With this in mind, with the advent of more properties that are seen as a place to relax, we would recommend visiting the region from September through until April with the winter months still offering stunning vistas and food.

Best time to visit Argentina - Bariloche and the Lake District

Considering the diversity of the flora and fauna in the region that surrounds Bariloche, and considering the high peaks that give good skiing in the winter months, this is a difficult question to answer. The long and the short of it is a lot depends on the activities you are interested in doing while here. For those that are looking for sunshine and warm temperatures then there is no doubt that the summer months from November to January are arguably the best.

Similarly, for those looking to hit the slopes, from July until October is probably best…but these are also the busier months to head here. One of our favourite times to do a bit of walking in the hills and valleys of the area is between February and April, when the temperatures are a little cooler, and the leaves are all turning.

While Patagonia, strictly speaking encompasses both the east and the west of Argentina, we have decided to look only at the area around El Calafate and El Chalten in this section. The region around the Peninsular Valdez is covered in our “when to go for whales” section.

With high level wind currents and the moisture sapping Andes range, this area of the country receives relatively little rainfall in a year. It is, therefore, a good destination to head to year round. One thing worth noting, however, is the infamous Patagonian winds that rush across the plains seemingly incessantly. There are a couple of times in the year when their consistency drops which is around the Argentine spring and autumn which duly makes the months of February to April and October and November also good times to visit.

Best time to visit Argentina - Salta and the Northwest

An arid land of rolling red rock hills and high altitude, the region to the northwest of Argentina is a very good to head to throughout the year. In fact, with the Cafayate wine valley being one of the driest places on the planet, there really is no best time to travel. In order to co-inside with the other areas of the country, such as the Valdez Peninsular or the Iguazu Falls, many people head up to the hills during the summer and late spring months from September until January....but we are big fans of heading here when most have moved on, allowing a glimpse of the natural beauty and unhurried pace of life in the small villages.

As one of the largest water falls in the world, when considering the best times of year to visit this region it is more about the flow of tourists than the flow of water you need to take into account! Situated right at the very northern “finger” of Argentina, the season for visiting the falls is slightly different to that of the rest of the country.

The summer temperatures in the Misiones province can get up to around 25 degrees Celsius and drop down to around 15 in the winter months between June and September. With the main holiday months in Argentina being January, Easter and July it is definitely worth avoiding these periods if you want to see the falls with a manageable amount of others. For us the best months to visit are in the spring months between September and December and again in February and then May…but beware the strong downpours that can happen in the Argentine summer period!

One of the most vibrant and beautiful cities anywhere in the world. At around 12 million inhabitants, Buenos Aires features a rich array of cultures, foods, architecture and nightlife, and is a must see on any trip or honeymoon to Argentina. A few of our favourite things to do in Buenos Aires...

Located right at the very northern most point of Argentina, surrounded on all sides by other countries, lies the province of Misiones and the infamous falls of Iguazu. A firm favourite on the tourist trail to Argentina (and rightly so) the Iguazu Falls is one of nature’s greatest wonders and highly...

Possibly the most famous area of Argentina, El Calafate, and the neighbouring El Chalten, sit right on the edge of the Southern Ice Field, the second largest body of ice on the planet. Recently the area has seen a huge surge in interest (...

Bariloche and the Lake District

The many lakes and mountains that surround the small, Alpine town of Bariloche make it one of the prettiest areas in the whole of Argentina. Unlike other areas of Argentina that are starved of rains and moisture due to the imposing Andes range, the Argentine Lake District is a verdant region that...

Mendoza and the Wine Region

"Mendoza" and "wine", "wine" and "Mendoza". To an Argentine the words are almost interchangeable. As the capital of Argentinean red wine production, this is the place to head to if you are even mildly interested in viticulture and food…or even if you just like imbibing them!

Probably the most well known nature area in Argentina, the Valdes Peninsula is, at first look, not somewhere that should harbor life! However, while the land may look barren and inhospitable, it is the oceans that surround this peninsula that are the reason to come here. With two bays, one to the...

Cordoba and the Sierras Chicas

Cordoba and the Sierras Chicas to the north, are one of the oldest and most venerable in all of Argentina and so well worth a mention and a visit on any itinerary. Without going into the details of the city itself (which is linked below), the main draw to this area for most visitors to Argentina is...

As the world’s second largest body of fresh water (second only to the Pantanal in Brazil), the Esteros Del Ibera are a hugely important feature not only for Argentina but also for the world in general. Located approximately 700 kms to the north of Buenos Aires, the Esteros comprises approximately a...

Salta and the Northwest

As one of the least visited areas of Argentina, the northwest, up against the dry Andes Range, is one of the true favourites for those that keep coming back to Argentina over the years. Below we have run through a few of the main areas to take a look at. Roughly speaking, most who come to this area...

Set at the end of the Earth, the Tierra del Fuego, or “Land of Fire”, has always captured the imaginations of those that have visited. Set right on the Beagle Channel, Ushuaia, one of the two important towns in the province, is steeped in the history of adventurers and pirates who used it as a...

The lush and fertile flatlands that surround Buenos Aires are known as “the Pampas” and are have played an important role in why Argentina has become the prosperous and diverse country and culture that it is today. Part of the reason for this is the vast swathes of long, succulent grasses and open...

The best regions for %1:

We currently have no content for this heading. Please view the other headings for more information.