This regal game is still a firm favourite 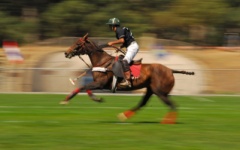 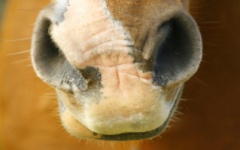 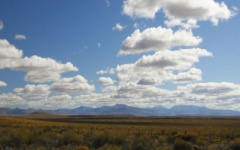 Mentioning riding in Argentina without including at least a small paragraph on the worlds’ oldest team sport, polo, would be heinous! Polo has existed in central Asia for centuries and was only really formalized and brought to western attention during the British occupation of India in the early 1800s. Polo has been called by many things (including “the game of kings”) and has been played by many famous people (including Winston Churchill, who was a keen player).

Introduced into Argentina in the late 1800s, polo has gone from strength to strength and is now one of the most popular games here.

The general rules are such that two teams of four are trying to hit a ball (about the size of a hockey ball) between the oppositions’ posts. During the course of a game they play a series of chukkas, each lasting around 7 and a half minutes…this amount of time is viewed as the most any horse can reasonably gallop at full tilt for without needing a break. As this last fact indicates, polo is played at a fairly breakneck speed and is seen in the equine world as the “formula one” of riding.

With its history of horse riding and access to open grassland, every child that grows up in an estancia in Argentina is quickly put onto a horse and taught the game. It is no wonder that, today, the Argentines are seen as the best polo players in the world.

While it is a very expensive game to play, there are one or two places in Argentina that offer lessons for those that are interested and, in December, Buenos Aires hosts the main polo tournament of the year which regularly attracts crowds in the tens of thousands.